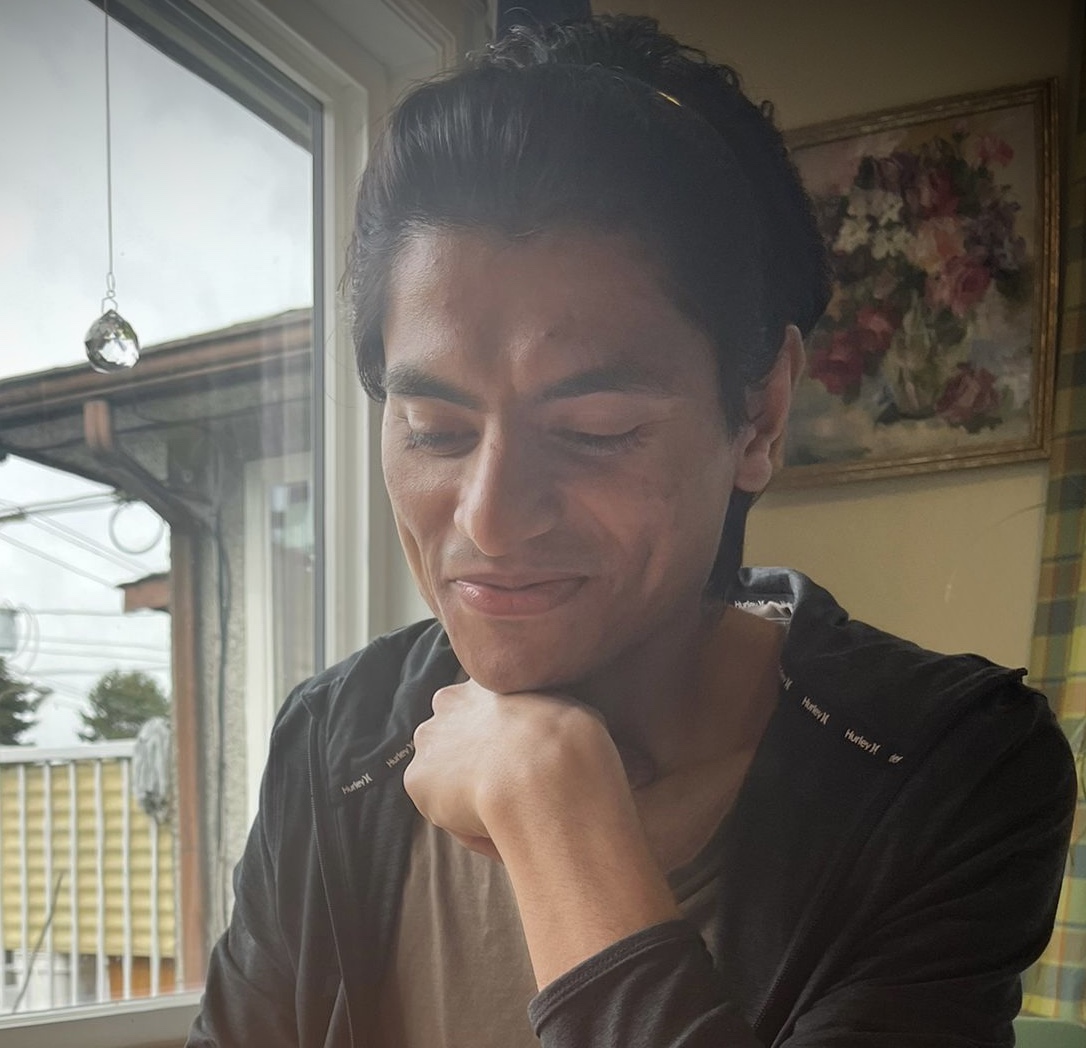 Initiated in 2019, the Punjabi in BC project, housed in the History department at the University of British Columbia, has recorded the interviews of writers, activists and teachers who have worked for the promotion of Punjabi language in B.C.

These interviews are a valuable cultural and historical resource which provides detailed, complex, historical and multiple insights into the world of Punjabi language and culture in BC, a world which otherwise remains under-reported in our mainstream, English media.

The project is led by cultural historian and UBC professor Dr. Anne Murphy whose research interests revolve around the literary, cultural, historical and religious expressions of Punjab and Punjabi language.

Dr. Murphy told 5X Press in an interview that the Project is aimed at bringing together, preserving and honouring the stories of those who have made the revival of Punjabi in BC possible today.

Explaining this revival, Dr. Murphy said, “Punjabi is taught in a number of primary and high schools across the lower mainland as a second language, along with university level courses in UBC, SFU, KPU and UFV today. The government of BC can proudly attribute this revival to its multicultural policies, to its commitment of serving the Punjabi community of BC.”

“But what goes unacknowledged is the effort and passion of people from the community who have made this possible.”

Further explaining the multicultural policy of Canada, Dr. Murphy said “Unlike other countries like the USA, UK and Australia, Canada has a federal policy which mandates the promotion of all languages. This unique opportunity has been effectively utilized by the teachers and activists of Punjabi language in BC since late twentieth century.”

By focusing on the contributions of people, this “oral history” project also shows us a different way of writing history. As Dr. Murphy also said, “most of our histories have been written and known from the perspectives of state elites”.

For too long, the discipline of history has focused on the actions of people (mostly men) in power. For example, the history of the partition of the sub-continent revolves around how Gandhi, Nehru, Jinnah and other leaders of Congress and Muslim League led the formation of Pakistan and India. We do not have enough knowledge about the experiences of common people throughout this independence movement.

The genre of oral history writing recognizes these shortcomings of the discipline of history, shifts away from the actions and policies of the state elites and focuses instead on the memories and experiences of common people. “Punjabi in BC is also an oral history project”, Dr. Anne said, “as it tells us how people of the community have contributed to the revival of Punjabi.”

“On a more personal level”, she explained, “when I first came to UBC in 2006, I was happily surprised to see the love and passion people of Punjabi community here had for their mother tongue. I learnt a lot from them. This project is a way for me to express my gratitude to them”.

‍Sadhu Binning, who has been working for the revival of Punjabi language in B.C. as a teacher, activist and writer since late 1980s, traces the journey of the inclusion of Punjabi as a second language in educational institutes of B.C.

The first time Punjabi was considered a potential second language students could opt for from grade 5 to 8 began in 1994 due to the revised educational policies of the BC government. While this new language policy was very promising, its actual implementation required a lot of effort on ground.

Binning recalled how there were not enough resources or trained teachers to teach Punjabi in schools. Similarly, parents considered French as a more prospective second language option for their children and were skeptical of choosing Punjabi. There was also a need to meet and convince each school board to adopt Punjabi under the new policy.

To resolve these issues, Binning and other activists provided teaching resources to schools and personally met reluctant parents and school boards to convince them of the benefits learning Punjabi could have.

By 1994, this small group had formed the Punjabi Language Education Association (PLEA) to make more sustained and coordinated efforts for the inclusion of Punjabi as a second language option. To this day, this association is working for the promotion of Punjabi language in the educational institutes of BC.

Along with Binning, Balwant Sanghera, another founding member of PLEA was interviewed for this project. While praising the adoption of Punjabi language curriculum by eight high schools and six elementary schools in Surrey today, Sanghera also proudly narrated the efforts PLEA made to turn this dream into reality.

He still remembered how difficult it was to convince the Surrey school district back in the 1990s to integrate Punjabi programming.

“When we asked them to introduce Punjabi as a second language in the schools under the new policy, they said ‘fund us.’ We told them, ‘You don’t take money for any other subject, then why for Punjabi? We are taxpayers like everybody else. Our children want to study Punjabi and they should have the right to study it.’ Only then they agreed”.

Despite all that it has achieved in the past 27 years, PLEA still faces challenges in the Lower Mainland.

Sanghera highlighted how a lot of parents are not interested in Punjabi and want their children to learn French instead. Since continuous teaching of Punjabi at any school requires a regular, and significant number of students to opt for it, PLEA has to continuously motivate and convince parents.

Along with PLEA, the Punjabi in BC project has also recorded the historical role of Gurdwaras in promoting the language. One of the interviewees, Deep Singh Sangra, first came to Canada in 1975 and has been teaching Punjabi for the past 47 years in various Gurdwaras, night schools, Khalsa schools and primary schools in Surrey, New Westminster, Vancouver and Abbotsford. His work is often done on a voluntary basis. Only his old age has slowed him down in pursuing his love and passion for teaching Punjabi.

‍Harinder Kaur Dhahan recounts her earlier days of teaching as a volunteer with Khalsa Diwan Society in 1975 and with Khalsa School in 1992. Jasbir Singh Gandham also started teaching Punjabi in Guru Amar Das Niwas Gurdwara Sahib in Vancouver during early 1980s before joining the Canadian Sikh Study & Teaching Society in 1986, which would borrow room spaces in different public schools of Burnaby, Richmond and Surrey to teach Punjabi.

It was the dedication and efforts of this earlier generation of Punjabi teachers and activists which bore fruit and carved the path for the younger generations to have a desire to learn and feel connected with Punjabi.

The new generation of school teachers and university students of Punjabi language interviewed for this project, Parabjot Singh, Dilpreet Kaur Ghtaura, Aman Kaur Dosanjh, Dilpreet Bharaj and Lovneet Aujla, were all raised in Metro Vancouver and benefited from the myriad opportunities available to them during their school and university education.

These opportunities eventually inspired Singh, Ghtaura and Dosanjh to pursue careers in  teaching Punjabi, while Bharaj and Aujla made significant contributions to this Punjabi in BC project while studying at UBC.

“For me, teaching Punjabi is my life,” Singh said with a beaming face, “Everyday, I desire to come to school and teach Punjabi. I cannot live without it”.

Similarly, for these writers, teachers and activists, the decision to teach and learn Punjabi in Canada does not take place in a vacuum. They share their own life stories, why they or their parents migrated to Canada and the difficulties they faced and observed other Punjabis experiencing while living in BC.

It is these living contexts which influenced their pursuits of Punjabi. For them, the question of Punjabi is deeply entwined with the discussion of migration, home, identity, belonging and culture of the Indo-Canadian community. Their own personal journey of learning, teaching and writing Punjabi made them think and engage with these important issues.

Today, we lack detailed knowledge about how the Indo-Canadian community struggled to get the rights of voting, equal citizenship, equal wages and unionization in the past. Instead of taking these rights for granted, we could have learnt so much from their experiences and perspectives.

‍Punjabi in BC project makes sure that the revival of Punjabi language in the educational institutes of BC does not meet the same fate, that we have a resource about the experiences and efforts of the people involved in this revival. The project will yield much needed, richer, complex discussions for us and those who come after us on the issues of Punjabi language, culture, history, identity and migration in the Canadian context.

Note: Out of 52 video interviews conducted under this project, 12 have been uploaded on the website while the remaining 40 will be uploaded soon. The project has been funded by Undergraduate Research Experience (PURE) Award, a grant from SSHRC and the generous support of an anonymous donor to the department of History at UBC. A number of team members and collaboration of Lovneet Aujla and Sukhwant Hundal helped make this project possible.

More by Hammad Abdullah
Community
5X Press is a forum for opinions, conversations, & experiences, powered by South Asian youth. The views expressed here are not representative of those of 5X Festival.