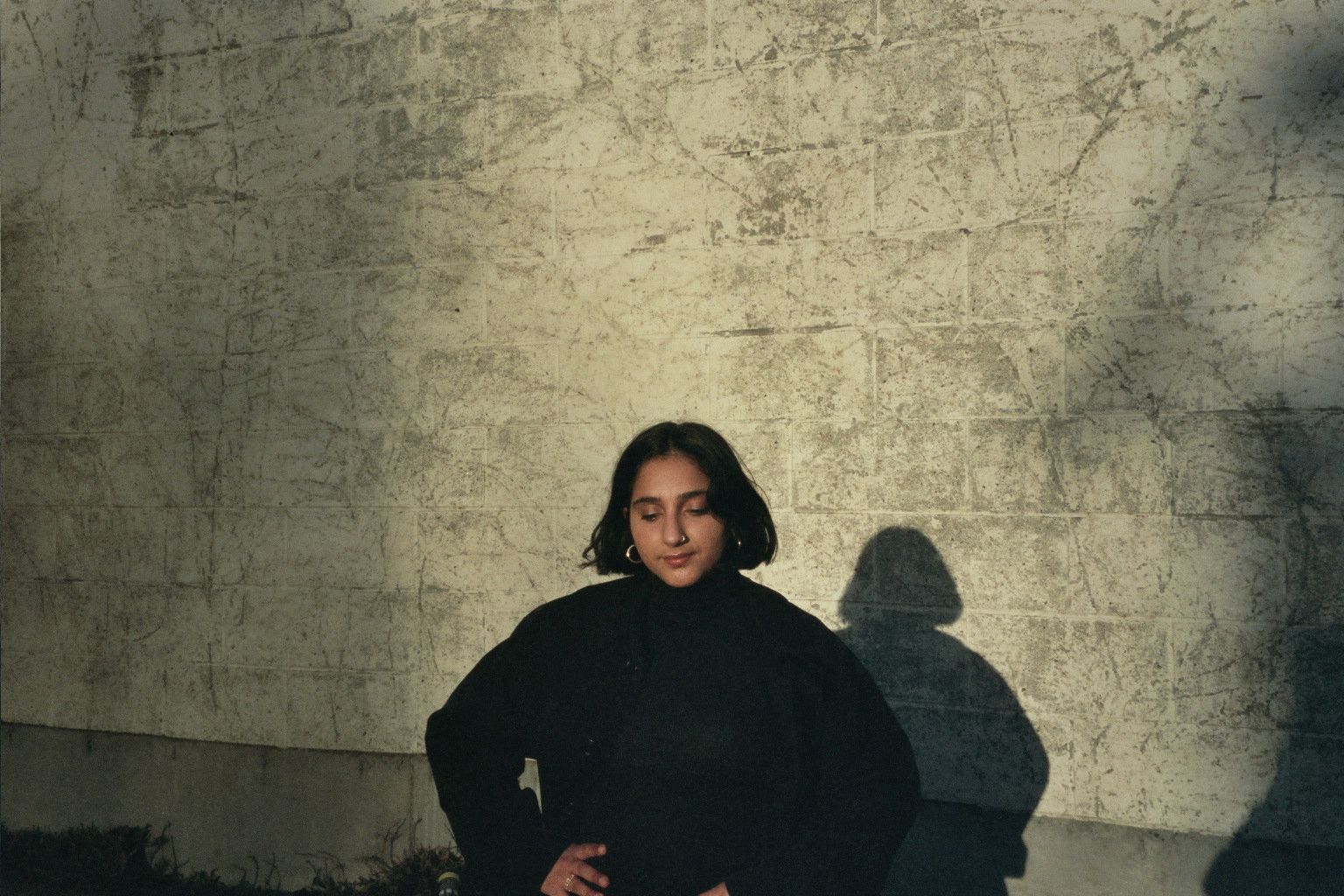 28 posts over 28 days—this is Give Back to Black BC’s promise to broaden the scope of learning during and beyond Black History Month. It’s an exchange of knowledge, a call to action, and a labour of love with the ultimate goal to redistribute funds for Black folks living in British Columbia.

Spearheaded by the multifaceted Shanique Kelly, an equity, diversity, and inclusion consultant at Bakau Consulting, a DJ, and community icon in so-called ‘Vancouver’—her passion for learning new things and sharing her knowledge is behind the initiative.

“I'm someone who really likes to learn new stuff—I love learning a new fact then being like, I learned this cool new fact! I've always kind of been like that.” Kelly shares with me over Zoom.

In 2021, she had the idea to share a post every day for the 28 days of Black History Month on her personal Instagram in hopes to learn alongside her online community. Her daily posts of educational infographics led to the collection of $31,000 in crowdfunding after she encouraged those who learned from her posts to donate. What had started as a way to share information, later became a way for Black folks in British Columbia to access funds for self-care during Black History Month by providing a low-barrier funding source.

“I was thinking about Black History Month, and how there are so many cool Black people who've been so influential who we don't know about, and Black stories that aren't told.” She shared.

“[I wanted] to have folks who were into it, who enjoyed it, who learned something from it [to then] donate. And then with those donations, redistribute that money back into the community, so that Black folks could have access to having their self-care needs met.”

An initiative like Give Back to Black BC was a natural progression for Kelly. She has consistently been involved in creating safer and inclusive spaces for the community since I met her in 2017. She’s a lululemon store ambassador, and provides workshops on how to apply a DEI lens in a holistic sense. In addition to that, she has founded multiple events in Vancouver, specifically catering to LGBTQ+, BIPOC communities, and highlighting Black creators through events like For Everyone By Us, and Level Up—a queer Hip Hop and RnB dance party—which was the first of its kind in Vancouver.

“A lot of my work—if I had to think of the through-line between a lot of the different projects I'm working on—is figuring out ways that we can connect together in a space in ways where people feel good.”

She discusses the importance of nurturing communities so that they envision the future, as well as the history, by empowering and supporting Black folks to live in the present with access to having their needs met easily.

“The focus should really be not just on Black history, but also thinking about like Black futures, and how to make those prosperous.”

The project, now in its second year, has grown with the help of two of Kelly’s two good friends, Najma Eno, who is the creative director, and Udokam, the operations coordinator.

“[Last year] I did not take my own advice, and I did not relax and experience joy in that month where I was telling other Black people to do it,” she tells me, laughing.

“I got the help of two really smart, amazing people who I admire to support me and it's made a world of a difference.”

This year, the project tackles the history of Swag—curated by Najma Eno—which covers everything from Black ornamentalism, the history of the Harlem Renaissance, to the history of movement and sound including the formative background of Techno and House.

With the intention of passing on this knowledge to her followers, Kelly admits that there was plenty of new information she learned as well.

“Something that I learned through doing this project this month was how queer the Harlem Renaissance was.” Kelly states.

“I knew that [Harlem] was a community where there were a lot of Black folks, a lot of thriving Black businesses, and thriving Black communities, but I didn't realize how queer it was!”

She explains how this is done purposefully, and attributes this as a result of the lack of information due to the inequalities of how racism and homophobia intersect.

“A lot of it was hidden in history because I think a lot of Black folks recognize [that] if we want to have equal rights, we can't be loud about every aspect of identity, we need to pick [or] we need to choose that what we're fighting for is race equality. So, that meant erasing a lot of their queerness and the queer history, but a lot of really fucking cool, famous, queer, and trans Black people were spearheading creative shit in the Harlem Renaissance.”

The Harlem Renaissance was explored in week three of Give Back to Black BC’s posts and can be found on their Instagram page.

As Black History Month comes to a close, there is a need to continue supporting these initiatives even after February ends. They are not just important right now, but celebrating the rich histories and future endeavours deserve celebration throughout the year.

Give Back to Black BC celebrates the triumphs and wins of Black History, a moment of reflection that also celebrates Black Futures.

“The response I got was really, really positive. And not just from people who were excited to be learning stuff alongside me in real-time, but also from Black folks who were really grateful to have the extra money in their pocket with like, really low barriers.”

Despite the on-going trauma experienced in a world where joy should be a given, Give Back to Black BC recenters it’s focus on sharing the joy of Black communities, promoting Black innovation, and emphasizing Black excellence, while pushing forward to empower the ever-expanding futures of Black folks in BC and beyond.

“If you need it, if you want it, then have it. I was really grateful to be able to provide something that was such a low barrier because I think it's enough to just exist in an anti-Black world.”

You can follow Give Back to Black BC on Instagram @GiveBacktoBlackBC—or send an e-transfer for them to meet their goal to redistribute to Black folks in BC deserving of accessing these funds at givebacktoblackbc@gmail.com

More organizations you can support beyond Black History Month:

Black in BC Aid

Molly Randhawa is a writer, editor, and communications consultant based on the traditional lands of the Lekwungen nations. Her work explores the intersections of identity as it aligns with process, and the vulnerable interaction that comes with it. Her focus remains in community building and cultivating spaces for intersectional + marginalized artists.

More by Molly Randhawa
Community
5X Press is a forum for opinions, conversations, & experiences, powered by South Asian youth. The views expressed here are not representative of those of 5X Festival.