Bombay to Bridgerton: Simone Ashley as Kate Sharma, and the power of representation 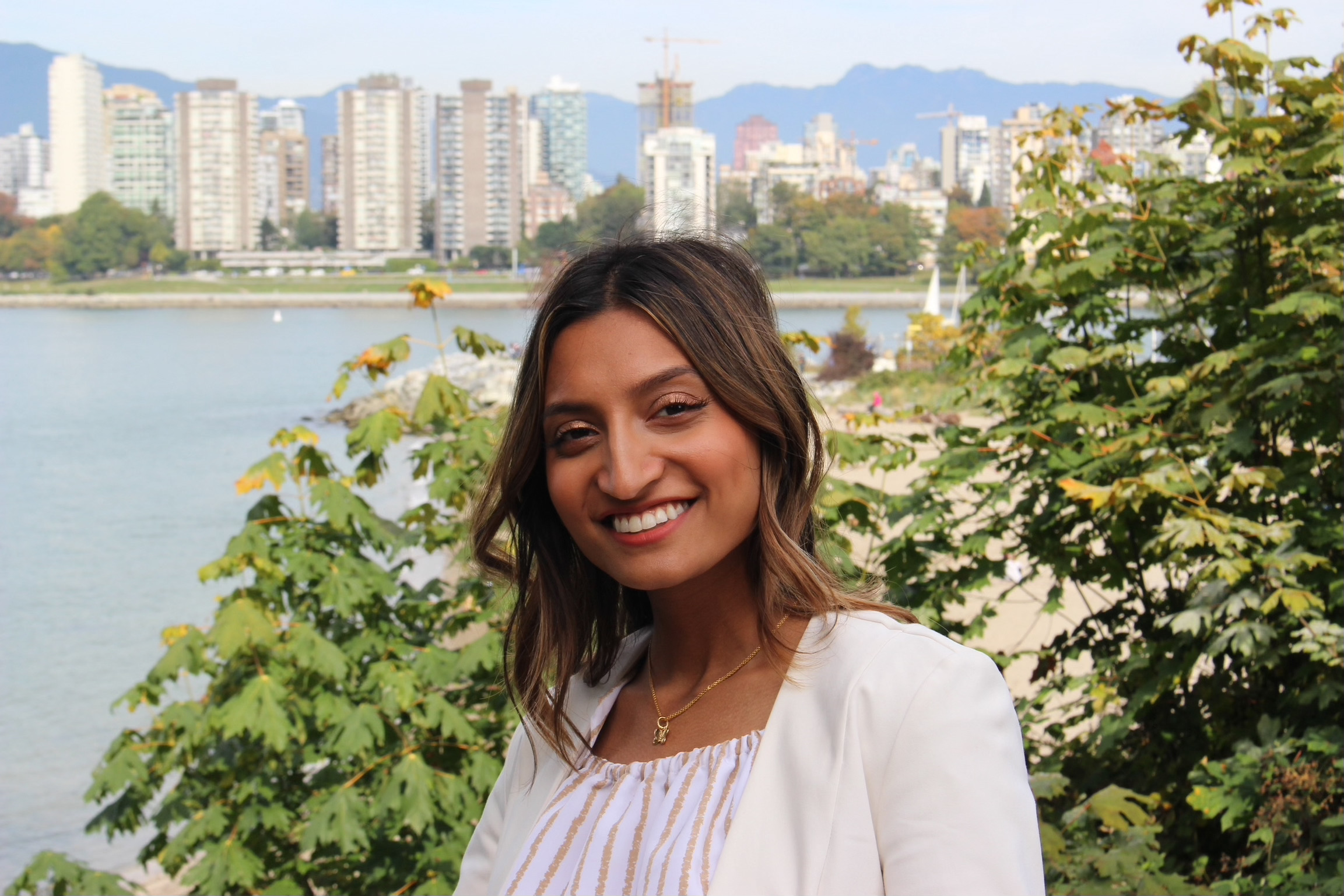 Really, who would’ve thought that all it would take is a bee and a gorgeous, quick-witted and intelligent brown girl to facilitate the toppling of notorious rake Anthony Bridgerton? Had I known this last season, I would’ve slapped on a garland of bee-loving flowers and courted him myself.

This season of Bridgerton resonated with me and so many South Asians, because of Simone Ashley’s Kate Sharma—the stunning leading lady of Tamil descent, playing opposite Anthony Bridgerton.

Bridgerton season two released last week, and this time the Shondaland-produced Netflix series follows the eldest brother of the Bridgerton family at the centre of the marriage market.

Anthony, noticeably mutton-chopless, and less frequently engaging in the rake behaviour, is now looking to settle down and perform his oh-so-necessary patriarchal duties as the head of the Bridgerton household.

He spots the newly arrived Sharmas, including young Edwina Sharma and her older half-sister Kate, a twenty-six year old daughter of exiled Lady Mary Sharma, who have come from India to see Edwina married off in the 19th century marriage market. Our very own Kohinoor of the first water.

Unlike the first season, showrunners Chris Van Dusen and Shonda Rhimes opted for less sex this time around. The result? A slower burn than the biriyani at the bottom of a forgotten pressure cooker.

Leaning into the Sharma’s Indian heritage, Bridgerton sees Kate dressed in flowing, regal toned silks in teal and purple—jewel tones that made me recall the vibrant walls of Indian sari shops I’ve visited over the years in towns in Tamil Nadu and Kerala. Their ears were adorned with jimikki (or jhumki) earrings, always perfectly matched to the gems on their necklaces. One scene even features a haldi ceremony, a traditional ritual commonly part of many Indian weddings.

In a lot of ways the slow burn felt calculated. It reminded me of old, classic Karan Johar Bollywood films of the nineties and early 2000s, where characters would go the whole film— three full hours, without so much as a peck on the cheek. Something about portraying a romance where such a longing drives the two characters who desire any type of touch, even if fleeting, makes the payoff that much more gratifying when it happens.

It draws the viewer in, attaching them to every breath, every glance. Every time the characters are alone in a room together, it left me questioning, is this the moment they finally plan on ripping each other’s clothes off?

Still, the South Asian representation on Bridgerton isn’t without its inconsistencies. Like many South Indians, I noticed the discrepancy between the Sharma sisters using “appa” which means father in languages like Tamil and Malayalam, but “didi,” which means older sister in Hindi (fun fact: ”akka” is how you say older sister in Tamil). As Ashley and Chandran are both of Tamil heritage, it was curious to see the writing amalgamate cultural markers from a multitude of ethnic groups in India, rather than choose to represent one and represent it to its full authenticity.

Much of this inconsistency can be attributed to the Western misconceptions of what it means to be South Asian, or more bluntly, that it is impossible to represent all South Asians as one cultural or ethnic identity.

As a catch-all term, South Asian encompasses the identities, cultures, histories and heritages of nearly two billion people, coming from a multitude of nations: India, Pakistan, Bangladesh, and Sri Lanka to name just a few. Within India, there are more than 22 recognized regional languages, and hundreds of ethnic groups, each with their own respective cultures and traditions.

I think it’s about time those specifics are represented, to go beyond essentializing Indian as a monolithic identity.

Of course, there are certain aspects of culture that feel universal. Kate’s love for Indian chai, her massaging oil into her little sister’s hair, the classical rendition of Kabhi Khushi Kabhie Gham all felt like cultural “easter eggs” that were meant for South Asian fans to appreciate, regardless of what their ethnic background was.

Oftentimes actors, and characters, from marginalized communities who are underrepresented face the impossible task of portraying and resonating with all South Asian audiences, which is frankly unfair and unreasonable standard that their white counterparts are never held to. But writers must begin to research and appreciate the nuances within cultures in order to truly and authentically offer representation that accurately portrays the lives of people of colour.

Yet the momentous nature of Bridgerton’s representation isn’t lost on me. Even the pressure for Simone Ashley and Charithra Chandran to enter the widely popular series in its second season, playing characters that were not Indian in the book series, is one I’m sure both actresses were consciously aware of, especially when  much of the genre of fantasy, and historical adaptation, and historical romance in particular remains dominated by white people.

At the same time, how Bridgerton aimed to deal with the question of colonialism within its series, and the fact that it largely did not address it at all, was at the front of my mind.

Some have criticized the series for its rose-coloured take on racism and colonialism in the Regency period, failing in large part to establish what the political and social circumstances, as well as the potential to use the series as the place to interrogate where much of the British monarchy’s wealth is coming from.

At the same time, others have questioned whether Bridgerton is indeed the series that needs to provide such commentary—why do we expect a justification for the inclusion of people of colour in a series that is largely consumed for its escapist, aesthetic, historical romance appeal?

Cora Harrington’s tweet on the matter encapsulates my frustration with this critique perfectly. “Why anyone is looking for perfect historical accuracy from a show that is the definition of “vibes” and “aesthetic” is wild to me,” she writes. “No one’s forgotten slavery and colonialism existed, babies. Truly, the POC watching this show don’t need a pop-up flashing ever so often to remind us things weren’t actually like this in the past. We know.”

Whether or not Bridgerton should have done a better job of addressing the political context of the era can be rightfully debated. But it begs the question of why, even within the realm of historical fantasy romance and a supposed idealist utopia, that people of colour must continue to be subjugated or, at the least, explain how they earned their place in high society.

The unfair burden of having to constantly qualify why people of colour deserve to be represented in genres like historical romance can also reinforce our experience as the secondary character or the outsider—never at the front of the stage. Within the realm of historical fantasy, this gatekeeping of historical time periods seems to persist. In Netflix’s The Witcher, Anya Chalotra as Yennefer of Vengerberg and Anna Shaffer as Triss Merigold both received considerable backlash from fans who felt they detracted too far from the source material of the video games and books as two women of colour playing roles that were originally depicted as white. The response to Halle Bailey’s casting as the fictional mermaid Ariel in Disney’s live action adaptation of The Little Mermaid is another example.

Frankly, without colourblind or identity-conscious casting, actors of colour would never be afforded the opportunity to play these roles altogether.

Simultaneously, it should not be lost on us that white actors have long played roles explicitly written for people of colour time immemorial.

To be asked, to be seen, to be centred, is a feeling so many of us South Asian girls who grew up reading romance novels—historical or otherwise—have always dreamed of.

Deep, almond-shaped eyes, a sharp jaw that reminds me of my own face, a spitting image of my Tamil mother, and dark golden toned brown skin, the shade I always hope I’ll be two hours out in the sun in July.

That’s what I see when I see Simone Ashley grace the screen on Bridgerton.

I hope it doesn’t come across as self absorbed, when I tell people I can’t shake the feeling of seeing my eyes in hers, like I’m staring at a long lost sister to me and my siblings, or a second cousin, or a gorgeous young aunt. When I hear people talk about how beautiful she is, I feel my heart flutter, my insides feel warm, and my love for my own Tamil features grows.

For Anthony Bridgerton to look at a brown woman, a dark-skinned brown woman at that—a Tamil woman with a jawline like my own, dark brown eyes and pigmented lips, with love, desire and unadulterated passion, and to not have that questioned—speaks to a validation so many young South Asian girls grew up without.

But to also see a collective excitement over actresses who look like me, hear their features called beautiful, see them on late night television shows, dressed up at the Oscars, interviewed and showcased in magazines, speaks to how representation in television goes beyond just the confines of this series.

Ultimately, to unpack Bridgerton’s representation, to write the thinkpieces, the explanations of what facets of Indian culture are and are not accurate; to defend the right to indulge in a fantasy realm where the aesthetics and eye candy of the Regency can be appreciated; to take a moment to enjoy the show, to put away my brain and immerse myself in a story about people who look like me—it’s all somewhat of a bittersweet pleasure.

Or better yet, one might say it is truly the bane of my existence and the object of all my desires.

Anusha Kav (she/her) is a writer and journalist from Edmonton, Alberta, completing a Master of Journalism at UBC. Her work has appeared in the Globe and Mail, the CBC, and Maclean's. She holds a B.A. (Hons) in Political Science from the University of Alberta. She loves writing about the politics of popular culture, particularly on issues of identity, gender and representation.

More by Anusha Kav
What's trending
5X Press is a forum for opinions, conversations, & experiences, powered by South Asian youth. The views expressed here are not representative of those of 5X Festival.